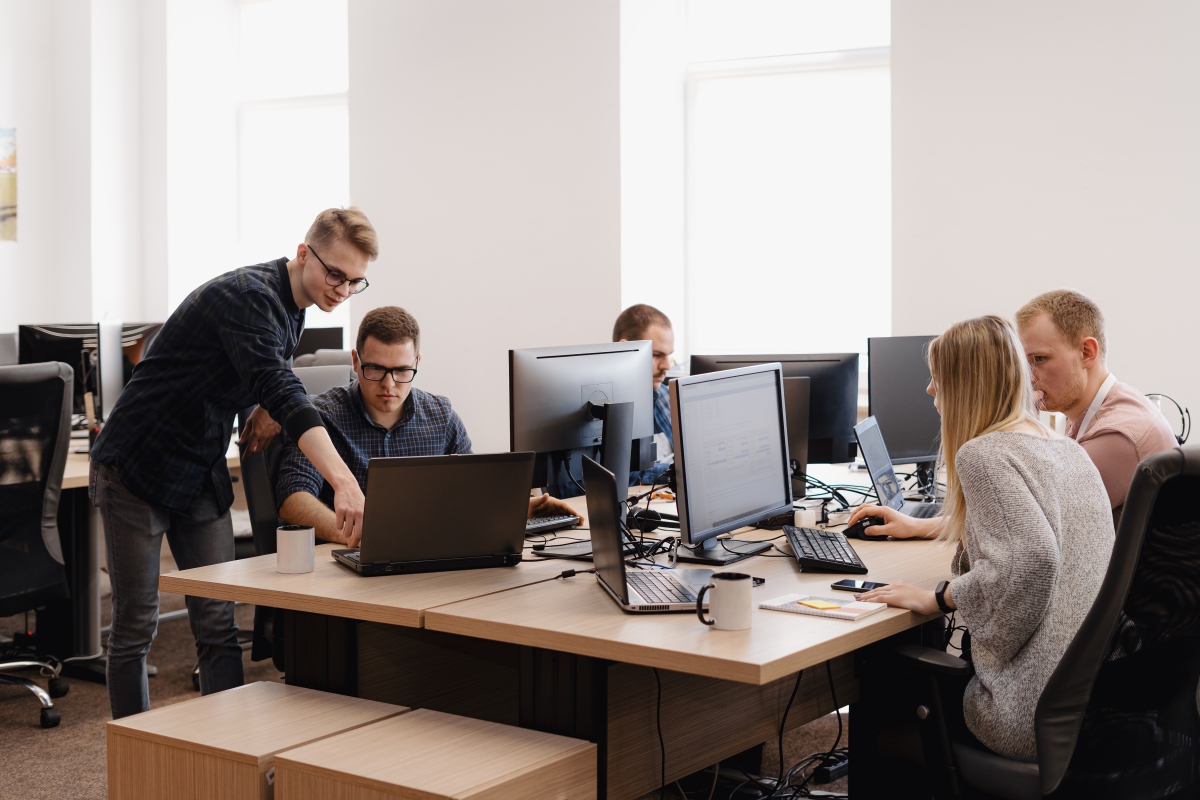 3 March 2021
Return
A good few years ago, almost all Contact Centers had a front-office and a back-office, with a relatively simple distinction between one and the other - the front-office answered or made calls, and interacted directly with the customer. The back-office did not deal with the customer directly, and was responsible for the most complex processes, which the front-line operator was unable to or had no tools to resolve.
The responsibility for making the final contact or intermediate contacts with the customer could lie with the front-office or the back-office, depending on the companies and the process in question. Well, sometimes it also depended on the person and the mood of the moment ...
What has changed in the meantime?

• Voice has become just one of many channels, the essential distinction now being between immediate or near-response channels, such as voice, video call or chat and, in some cases, social networks - and between channels whose response can be deferred - but less and less - like mail or web forms.

• As companies listened to customers, it became clear that the quick resolution of the issue that led him to make contact was a priority. The resolution in the first line was not only the strongest predictor of customer satisfaction, but it was much cheaper than sending the process to the back office. The focus on first contact resolution has become a real obsession for many companies. This increased the autonomy of the frontoffice teams and reduced the relative weight of the backoffice teams. Plus - autonomy and control over work - empowerment if you like - has a very strong relationship with employee satisfaction in the exercise of their function. And employee satisfaction ... has a very strong relationship with customer satisfaction.

• Automation is accelerating, although it is not yet as advanced as the keynote speakers at technology conferences and fairs imply. The customer's first contact, at this moment, will hardly be with a front-office of a call center. If you have not interacted with any bot, it is almost certain that you have already researched the company and competition website, consulted forums and social networks, blogs, podcasts or YouTube videos, before deciding to pick up the phone and dial option 9 directly. to speak to the operator.

So, do these designations still make sense?
They do. Other times and other realities require only an update of concepts.

Can a bot or website be considered a frontoffice?
For simplicity, we removed the automatic (non-human) component from the equation. Front or Backoffice are considered structures with human involvement in the management of customer contacts.

Can we distinguish front and backoffice by the managed channels?
The front office is one that deals with direct contact with the customer in all immediate channels. It's not just the phone anymore. Non-immediate contacts, although formally a first-line contact, can be managed more effectively, depending on organizations and processes, in the back-office or in a pool between front and back office.

Under what circumstances should there be a back office?
This must be used as a minimum. The transition from a back-office process makes its management more time consuming and expensive, and the customer with a much greater risk of dissatisfaction. There are many ways to monitor back-office work, but they are usually more complex than front office monitoring, so there is also a greater potential for unproductivity and quality failures.
There are, however, two situations in which it is recommended that this exists:
• When there is a significant dimension of tasks with a much higher degree of complexity than the most common ones. The management of these tasks - which may involve dependencies with other departments, long response times, analysis of processes that involve high amounts, among others - would disturb the management of immediate responses if made by the same employees.
• Administrative work management - to free frontoffice teams and supervisors from work such as process verification / validation, schedule management, reporting, etc.

Any "tips"?
Of course! Simply put, two:
1. As far as possible, rotate the teams. Removing employees from the telephone service tends to create “first” and “second” teams. The longer the teams are away from the phone, the greater the aversion to it.
2. And, of course, don't forget to design and review the processes. A lot of backoffice would simply not be necessary with better designed processes.